The idea of a Centre for Contemplative Research Aotearoa was generated in 2017, with encouragement from B. Alan Wallace to create a CCR in New Zealand. The CCRA was registered as a charitable trust in January 2020. ‘Aotearoa’ acknowledges the colonial history of New Zealand and recognises The Treaty of Waitangi as the foundation for the relationship between the Crown (the government of New Zealand) and the indigenous tribes and hapū. 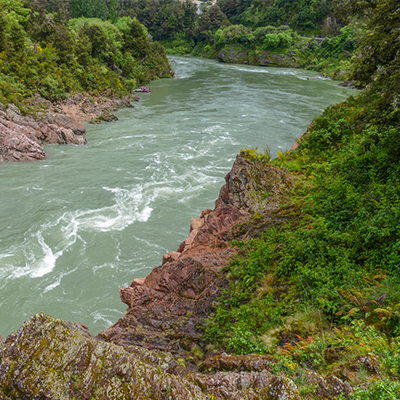 Due to the immense generosity of an Australian couple committed to the CCR vision, we have been able to purchase 225 hectares of land in the remote Matiri Valley, near Murchison, as a home for the CCRA on the South Island. The Matiri (Swift stream) runs through the valley from its headwater in the mountains via Lake Matiri, to join the Kawatiri (Buller River). These are two of the four rivers in Murchison, all well-known for white-water kayaking.

The retreat centre property rises up from the river flat to merge seamlessly with the Kahurangi National Park, which surrounds the valley and crowns most of the northwest region of the South Island. There are some forty farming families in the lower reaches of the valley. Higher up, the hills and mountains are clad in native forest along with some plantations of pine. In addition to indigenous birds and a particularly rare species of carnivorous snail, the forest is also home to wild deer, goats, and pigs, and is carpeted with mosses, lichens, ferns, and orchids.

The top of the valley is blocked by Lake Matiri, which was formed in the 1929 earthquake. From there a rough walking track leads up to two vast plateaux of snow grass.

According to tradition, the first Māori waka arrived in Te Tai o Aorere (the Tasman district) in the 12th century. There is evidence to show they passed through this area in pre-European times on their way to and from the West Coast to collect pounamu (greenstone). Although there was a plentiful supply of birds and fish, there is little sign that Māori actually settled in this area. European explorers first arrived in the 1840s, and with the later discovery of gold and grazing land, the nearby town of Murchison was settled. 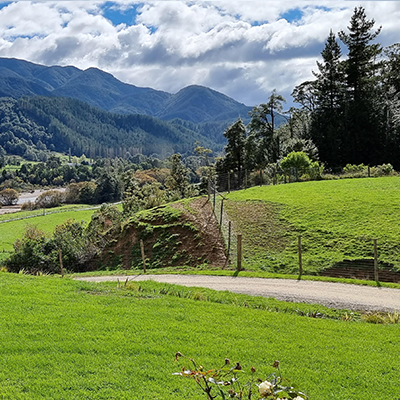 By displacing one letter, ‘matiri’ becomes ‘maitri’ (Sanskrit: loving-kindness), which has inspired the Tibetan name Jhampa Ling, which can be translated as Maitreya Hermitage. We are grateful to the previous owners who lovingly cared for the land and livestock on the farm, as well as protecting the wild animals in the forest from hunters.

The task ahead is to gather a team to assist us in raising funds to prepare sites and build the cabins and facilities that will transform the land of Jhampa Ling into an ideal centre for long-term contemplative practice and scientific research.