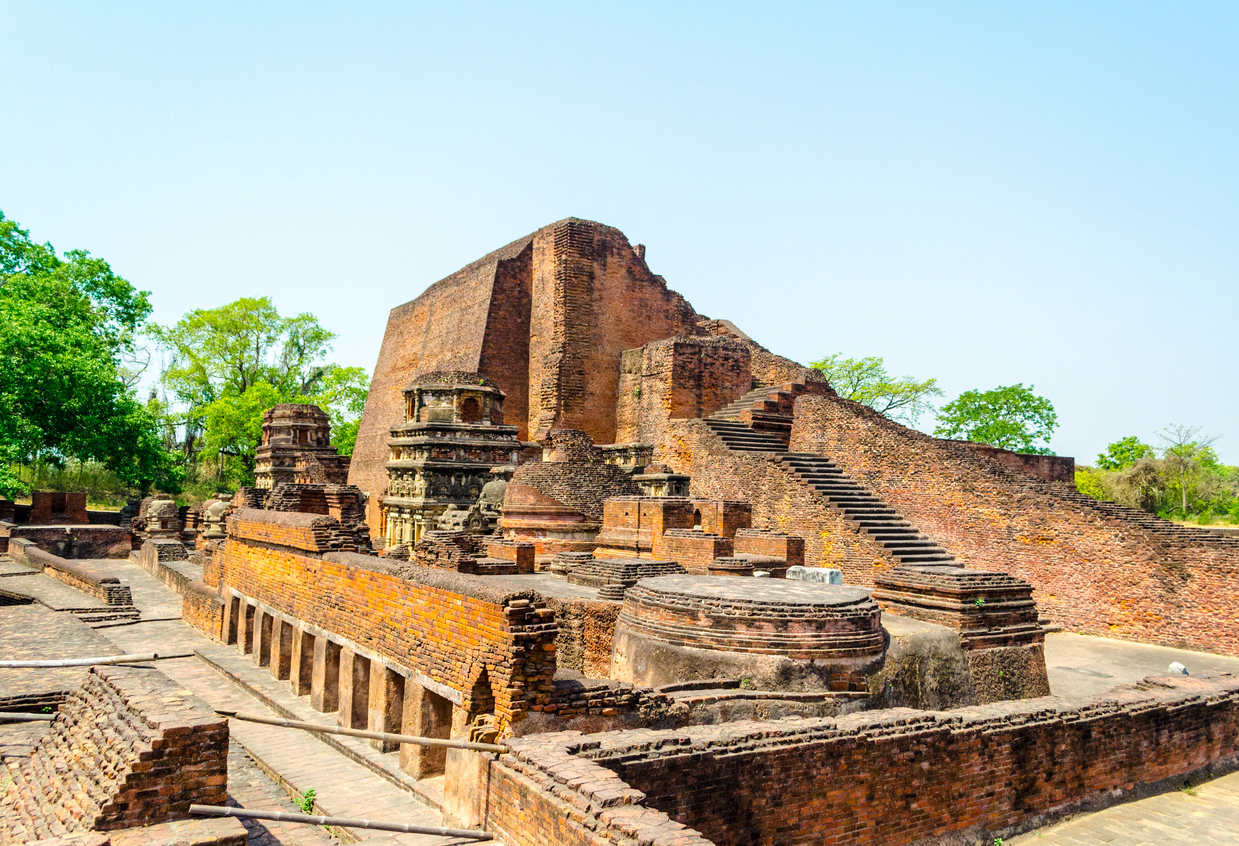 If one looks at the integrative Buddhist education of classical India, one finds that already in the early centuries of the CE, Indian Buddhist scholars were cognizant of the importance and promise of multidisciplinary education. They operated on the premise that multidisciplinary projects do not have to weaken individual disciplines but can serve as springboards for fundamental disciplinary advances.

A network of institutions of interdisciplinary higher learning in ancient India

The contemplative sciences and technologies that first arose in India were systematically studied and developed within a network of universities that trace back to the time of the Buddha and flourished in India until the thirteenth century of the common era, prior to the establishment of the first universities in Europe.

In classical Indian academia, epitomized in the tradition of Nalanda University, the inner study of the mind was regarded as being of paramount importance. Though this tradition had vanished from India by the thirteenth century, it has been preserved to the present day in the monastic universities of Tibet.

The relevance of this system of education for the modern secular world has been greatly championed by His Holiness the Dalai Lama, who is the primary source of inspiration and guidance for our creation of a network of Centers for Contemplative Research.

A comprehensive system of outer and inner knowledge

For the past millennium, Tibetan society was unique in its single-pointed focus on fathoming the mind and its potentials. For many centuries, Tibet had an average of 6,000 monasteries and monastic universities for a national population of 6 million people. Their entire education system prioritized eudaimonia over hedonia and the understanding of the inner world of the mind over the outer world of matter.

Higher education in India preceded all such institutions in Europe, including the University of Bologna (1088), the University of Paris (c.1150), and the University of Oxford (1167). The “Nalanda tradition” died out of India centuries ago, being destroyed by Turkish forces led by Bakhtiyar Khalji at the beginning of the thirteenth century. But this academic emphasis on understanding the mind and consciousness was not confined to one Indian university.

According to Tibetan sources, five great mahaviharas stood out during the Pala dynasty (750–1174): Vikramashila, the premier university of the era; Nalanda, past its prime but still illustrious, Somapura Mahavihara, Odantapuri, and Jagaddala. The five monasteries formed a network; all of them were under state supervision, and there existed a system of co-ordination among them. It seems from the evidence that the different seats of Buddhist learning that functioned in eastern India under the Pala were regarded together as an interlinked group of institutions, and it was common for scholars to enrich their understanding by traveling between monasteries, thus receiving theoretical and contemplative training under various masters teaching in these different institutions of higher learning.

One ideal of this training was to become a pandit who has mastered the five primary fields of knowledge. A second ideal was to become a siddha who has gained profound insight into the nature of the mind and tapped into its deepest potentials by means of rigorous, sustained contemplative practice. And a third ideal was to become a bodhisattva who embraces the altruistic vow to achieve perfect spiritual awakening in order to be of greatest possible benefit to the world.

According to their own accounts, many of the pandits, siddhas, and bodhisattvas of ancient India and later in Tibet gained clear, intersubjectively validated insights into fundamental aspects of the mind and consciousness—the very aspects that remain mysteries to modern science.

In utter contrast to these ancient Indian and Tibetan education systems, in which the inner knowledge of the mind was held to be paramount, the experimental, scientific study of the mind didn’t begin in Western academia until the late nineteenth century, and since the rise of behaviorism in the early twentieth century, it has been beleaguered by the ideological and methodological constraints of materialism. Even now, very few scientists are prepared to consider the possibility that some pre-scientific civilizations may have fathomed fundamental aspects of the potentials of the mind, its relation to the body, and its role in nature—puzzles which otherwise seem to remain unsolved in the modern world.

Many scientists and philosophers simply assume that if any aspect of the natural world is a mystery to them, it’s a mystery to all. Period. But there are certainly Tibetan, Bhutanese, Nepalese, and Indian philosophers and contemplatives alive today who are confident that the mind-body problem was solved long ago, that there are no mysteries around consciousness, and that the primary causes of mental distress and genuine well-being are transparently clear. On the other hand, many scientifically well-known aspects of the objective world, such as the relative distances between the Earth and the Sun and Moon, were not at all clear to traditional Tibetan intelligentsia, for example. They were as much in the dark about many aspects of the objective, physical world as Eurocentric society is about the subjective world of the mind. This can highlight for us the relativity of terms such as “advanced” and “backward,” or “primitive.”

A new paradigm for equality in collaboration

We eagerly look forward to the day when philosophers, scientists, and contemplatives who see themselves as upholding the traditions of the West collaborate on equal footing and in mutual respect with contemplatives, scientists, and philosophers from Asia and other indigenous cultures that were marginalized or subjugated during colonialist eras. This is a prime motivating force for our creation of the Centers for Contemplative Research.