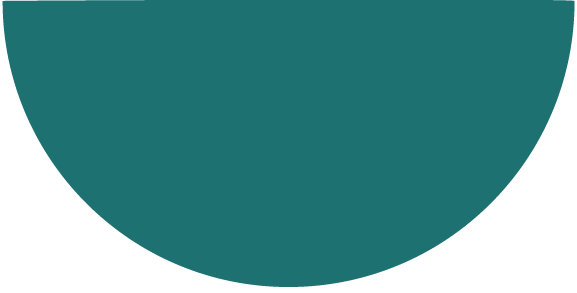 Much of the research on consciousness still relies primarily or even exclusively on third-person, objective methods. This is a curious methodological commitment, given that subjective phenomena are undetectable to third-person technologies, which can measure only the physiological correlates and behavioral expressions of first-person experiences, not the experiences themselves. To diversify the methods that scientists can use to study the mind, the Center for Contemplative Research is establishing a genuinely two-way dialogue between the modern scientific tradition and the world’s contemplative traditions, which have been investigating consciousness for millennia using rigorous, replicable methods achieved via thousands of hours of training. This essay argues that increasing the methodological diversity in the mind sciences will not only overcome centuries of a Eurocentric bias in these fields but also provide them with a stronger epistemological foundation, as convergent evidence across multiple methods is more persuasive than merely consistent evidence within a single method.

The strongest epistemological approach that we can take to advance the mind sciences is to maximize evidential convergence by incorporating three types of evidence: first-person (subjective), second-person (inter-subjective), and third-person (objective). Western psychology’s failure to develop introspection methodologically in no way implies that introspection is unimportant epistemologically. The field of contemplative science thus elevates first-person methods to be at least as important as other modes of inquiry — not to imply that scientific objectivity is unimportant but to acknowledge that phenomenology must be taken seriously when investigating aspects of reality that have unavoidably subjective characteristics. Contemplative science thus combines the strengths of multiple knowledge traditions and in so doing, rejects the ethnocentric assumption that if modern scientists do not understand something, then the rest of humanity must be similarly ignorant.

Scientific results are said to converge when they all support the same hypothesis, having been derived from different types of empirical methods (Matiasz et al., 2018; Munafò & Smith, 2018). For instance, the hypothesis that meditation, practiced correctly, improves one’s attention might be supported by both (1) an observational study that finds an increased likelihood of meditation practice in people with extraordinary attention skills1 and (2) an interventional study that shows an improvement in attention skills in people who are assigned a meditation class with a trained instructor. These different types of studies — one observational, the other interventional — support the same hypothesis and can thus be said to provide convergent evidence. As another example, we might obtain convergent evidence by combining data from both EEG and fMRI, which provide different perspectives on brain activity.

Evidential convergence is thus distinct from evidential consistency. Scientific results are said to be consistent when they all support the same hypothesis, having been derived from the same empirical methods. Scientists derive consistent evidence by showing that a particular finding is replicable across multiple iterations of the same type of study.

Epistemologically, convergence is stronger than consistency. This fact is known intuitively by scientists and the general public alike. Consider, for instance, the following two hypothetical scenarios that a juror could encounter when serving on a trial:

The consistent testimony of the single witness may be compelling, as the ability to stick to one story will usually boost the jurors’ confidence. But in most cases, the jurors will be far more persuaded by the convergent testimony of three independent witnesses.

Lines of evidence within science are similar: Consistent scientific results are persuasive, even if each successful replication is less surprising and thus less informative than the last. But convergent results are even more persuasive, as each of the different methods can lend complementary strengths that compensate for weaknesses in the others. As each additional method provides convergent evidence in support of a hypothesis, it becomes less likely that the results are due to experimental artifacts common to every method employed.

1. Yes, correlation is not causation; however, we must also keep in mind that where there is causation, we are guaranteed to find specific correlations. It’s therefore instructive to identify correlations via observational studies; this approach can confirm correlations that are consistent with a causal hypothesis without having to perform an intervention, which may introduce spurious correlations through experimental artifacts, despite our best efforts to control for confounders. ↑

To achieve an unparalleled level of convergence in the scientific study of the mind, the Center for Contemplative Research (CCR) is developing a research program for contemplative science that is based on three types of evidence:

The CCR’s vision is to integrate these complementary lines of inquiry as never before, seeking not only consistent evidence within each method but also convergent evidence across all the methods. This integration of evidence will likely help to identify connections between consciousness and various physical processes, with potential implications for the mind–body problem in neuroscience, the measurement problem in quantum mechanics, and a variety of research questions related to health and well-being. A distinguishing feature of this approach is that the contemplatives will be treated not as mere participants but as peers of the scientists with whom they collaborate — an expression of the importance that contemplative science places on combining objective, inter-subjective, and subjective data.

2. Such instruments should certainly play a role in the study of consciousness; but we shouldn’t assume that they’ll provide a full account of consciousness, simply given enough time. In defense of this assumption, it’s often claimed that consciousness is necessarily physical because all that exists is physical. But this claim is either false or empty: it’s false in the sense that our current notion of the physical contains no explanation of consciousness, which we know exists; it’s empty in the sense that if physics eventually explains consciousness, this future physics may look quite different from the physics that we have today (Frank, Gleiser, & Thompson, 2019). Rather than assuming that third-person instruments are sufficient to fully account for first-person experience, contemplative science takes the radically empirical approach of triangulating our third-person evidence against both first- and second-person perspectives. ↑

There are significant scientific precedents for this three-part, convergent approach to contemplative science. William James, one of the founders of modern psychology in the West, is known for his radical empiricism, which calls on the study of consciousness to prioritize introspection (James, 2007):

Introspective Observation is what we have to rely on first and foremost and always. The word introspection need hardly be defined—it means, of course, the looking into our own minds and reporting what we there discover. Everyone agrees that we there discover states of consciousness.

Introspection failed to become a core method within psychology, largely because researchers did not develop refined and replicable methods for attending to subjective experience. That is, they lacked training in a contemplative technology that could produce states of balanced attention that would be both stable and subtle enough to generate replicable first-person data. Soon after James’s death, the behaviorist approach in psychology further reduced introspection’s role in favor of brain- and body-centric approaches.

We should not interpret Western psychology’s failure to develop introspection methodologically as confirmation that introspection is unimportant epistemologically. Although Western psychology failed to develop robust, scientific methods of introspection, it in no way follows that every knowledge tradition has failed in this regard. Far-reaching ethnocentrism is to blame for the assumption that if modern scientists do not understand something, then all of humanity throughout history must be equally ignorant (Roth, 2008). For instance, centuries before the first European universities were established, India had a sophisticated system of institutions of higher learning that prioritized the introspective investigation of the mind. The result was an array of advanced meditative practices and insights that simply have no analogues in Western psychology.

Echoes of William James’s radically empirical guidance can still be heard to the present day — in 2016, for instance, when the neuroscientist Antonio Damasio was asked about the scientific study of consciousness (Gleiser, 2016):

What is it that we need to have if we’re going to have a decent science of consciousness? … One requirement … is to take phenomenology seriously.

To say that the world’s contemplative methods take phenomenology seriously would be to put it mildly. For thousands of years, contemplatives throughout the world have systematically explored the subjective domain with tremendous rigor, replicability, and logical consistency. It would be a missed opportunity to let ethnocentrism continue to rob the mind sciences of these contemplatives’ tremendous contributions. Contemplative science therefore combines the strengths of multiple knowledge traditions — including third-person evidence from modern science, along with first-person evidence from contemplative practices — to achieve an unparalleled level of convergence in the empirical investigation of the mind.

The philosopher David Chalmers has endorsed this vision, and in so doing, expressed the vital role of convergence (Gleiser, 2016):

What we really need to do is understand the fundamental laws that bridge physical processes and consciousness. But one way to get there is via the scientific method of looking at what goes on in the brain and simultaneously investigating experience with the best methods possible. … And I think we could do well to bring in methodologies from the East as well as from the West, where they’ve devoted a lot of sophistication to studying consciousness from the inside — taking those first-person data, integrating them with third-person data, to ultimately be able to induce from all that data certain theoretical principles, certain theoretical bridges, which will ultimately, on my view, be the fundamental laws that connect physical processes and consciousness.

Gleiser, M. (2016). The Mystery of Consciousness: A Dialogue Between a Neuroscientist and a Philosopher. Retrieved from https://ice.dartmouth.edu/video/the-mystery-of-consciousness